There was a little frisson of social media activity a few months ago about a possible Captain Britain TV series in production. For those of you who don't know who he is, imagine Captain America but make him British. And take away his shield, and make him fly. And a bit magic. And drawn by Alan Davis, no, not Alan Davies, Alan Davis.

Needless to say I got a little excited by the rumours, but also exceedingly worried that they would Get The Casting All Wrong And Ruin It. This is because I am exactly that sort of obsessive super-fan.

So to cushion the possible blow of disappointment, if and when the show actually gets made, I've spent far too long racking my brains and rifling through IMDB to create my own best possible cast for my favourite Marvel superhero. That way I can just pretend that in some alternate world (possibly Earth-238) my far superior version of Captain Britain: the TV show exists and is a total hit.

I had a couple of soft rules for casting: 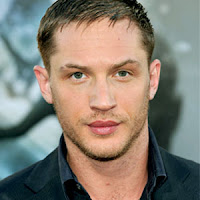 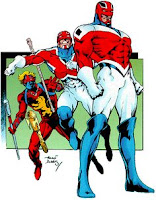 Once upon a time I'd have chosen Rupert Penry-Jones from Spooks, but right now I think Mr Hardy would be just spot on. He has the build and the acting skills (hammy old Bane notwithstanding) to play the buff but troubled hero Brian Braddock. Failing that, I'd go for Bradley James - Arthur from the BBC's Merlin. 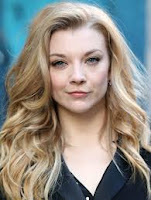 To be honest, I wanted to cast Natalie Dormer as Roma or Meggan too, but decided she'd be great as Brian's plucky twin sister, telepath and occasional CB stand-in. 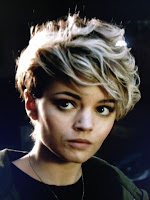 Casting a shapeshifting, faery/traveller/childwoman was a tricky one. Arguably Myanna Buring (Ripper Street) would have been great in the role of Brian's lady love, but perhaps a little too grown up, so I've gone for the fresher faced Kate Bracken (Misfits and Being Human). 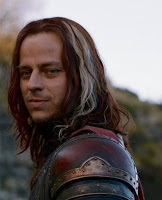 Watching the last series of Game of Thrones, it struck me that the curiously unearthly Jaqen H'ghar actor would be just right for the CB incarnation of the smooth, ageless, manipulative Merlyn. 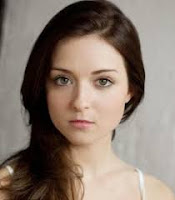 Up until I saw the recent Jekyll & Hyde series on ITV, I had Montserrat Lombard (Ashes to Ashes) down as Merlin's regal daughter, but after seeing Stephanie Hyam as Lily, I think she has the exact combination of classiness and bone structure for the role.

Brian's older brother is a tricky one to cast. In the comics he starts off as something of a cypher, then becomes a human-trafficking bastard, then a super-powered nutbag and lately a goodish guy again. Who could possibly fulfil the varying characterisations? After seeing former timelord David Tennant as the charming creep Kilgrave in Jessica Jones, he's the ideal choice. 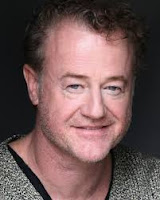 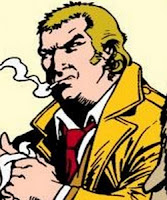 The erstwhile Ser Alliser Thorne (Game of Thrones) simply is the irascible Scotland Yard detective. And he's proper Welsh too. 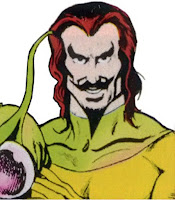 This was one of the hardest roles for me to cast, but Riz Ahmed's magnetic role as proto-jihadi Omar in Four Lions shows he has the intensity to portray the master assassin. Failing that, the excellent Kayvan Novak (SunTrap and Four Lions) has both the build and mimicry skills to pull it off. 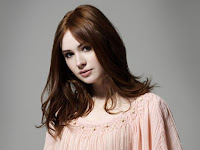 Linda McQuillan, Brian's alternate-Earth counterpart, is an important part of a classic plotline in the comics, so getting someone who can play both tough and damaged is important. And what would a fantasy cast be without a liberal sprinkling of Doctor Who alumni?

As the seductive, short-tempered, utterly pragmatic omniversal majestrix, Saturnyne requires an actor with class, poise and backbone. Myanna Buring (Ripper Street) can play all of those, and she has amazing cheekbones too. 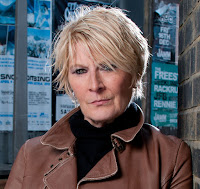 I went through an awful lot of mature British actresses trying to find someone who can carry off the hard-nosed, domineering crimelord, working through every Linda La Plante series and thirty years of soap operas before settling on Eastenders' Linda Henry. Failing that, Letitia Dean. 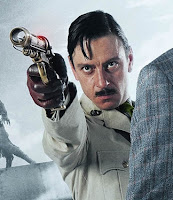 I first saw him as the Poldarky manservant Childermass in Jonathan Strange and Mr Norrell, but it was his appearance as the razor sharp, moustachioed Captain Dance in Jekyll & Hyde that showed me how good Enzo Cilenti could be as the insane, reality-warping mega villain Mad Jim. Failing that, the ever-reliable Reece Shearsmith.

Putting the H in sitcom

There's been a lot of British sitcom remakes broadcast in the past couple of weeks. Are You Being Served, Porridge, Goodnight Sweetheart and so on. Probably at least one with Pauline Quirke in it, just so we can remark that she looked much better when she was fat.

Anyway, these largely humourless and uninspired sequels, homages and reimaginings have left me despairing for the state of British situation comedy, although as I have yet to ever watch an episode of Mrs Brown's Boys my mood may still have much further to plummet.

While I felt at first that these crappy remakes were beyond satire, I discovered that my black humour has been slightly elevated by doing just that. I thoroughly expect the last of my tedious offerings below to be genuinely in development by the BBC by the end of this year.

Buttock
Ade Edmondson reprises his role as Eddie Hitler, standing alone in a decrepit Hammersmith flat, smashing himself in the face with a frying pan for half an hour.

Rising Dead
In this remake with a twist, an insecure landlord and his tenants clash over class, race and sex against a backdrop of the zombie apocalypse. With Paul Kaye as Rigsby, Olivia bloody Colman as Miss Jones, Paterson Joseph as Philip and someone off of BBC 3 as Alan.

The Vicar of Dubai
Obviously starring Dawn French. It writes itself.

Duty Free
In which the hapless package holidaymakers find themselves trapped on a Greek island surrounded by thousands of starving Syrian refugees.

On The Buses
A darker remake of the original, in which conductorless double deckers prowl the congested streets of the metropolis, occasionally mowing down a line of pedestrians as the driver flicks through images of cracking birds on his smartphone. In episode one, a racially aggravated stabbing on the top deck has unexpected consequences.

It Ain't Half Hot, Mum
This spin-off series of a popular 70s series portrays the everyday struggles of a British army concert party in a Japanese prisoner of war camp. With a cameo by Melvyn Hayes as the Angel of Despair. It's called Didn't Mean To Make You Kwai.

Coupling
Much in the style of the recent Cold Feet revival, this successor sees the original six friends older - but no wiser! - and facing the challenges of parenthood in the modern age. It's simply called Suckling.

Dad's Secret Army
This alt-history version of the classic show is set in a Britain that fell to a successful Nazi invasion in 1940, in which Mainwaring's ageing Home Guard survive as grimfaced resistance fighters waging a guerrilla war around Walmington on Sea. In episode one, Mrs Fox has her head shaved for sleeping with the enemy and ARP warden Hodges has his throat slit for collaboration.

Brexit Means Brexit
The inevitable political satire from the people who brought you 2012 and that other one about the BBC. Stars Olivia bloody Colman, Hugh Bonneville and probably Toby Jones.